Avoid Delays When Dealing with Water Damage in Chicago Heights 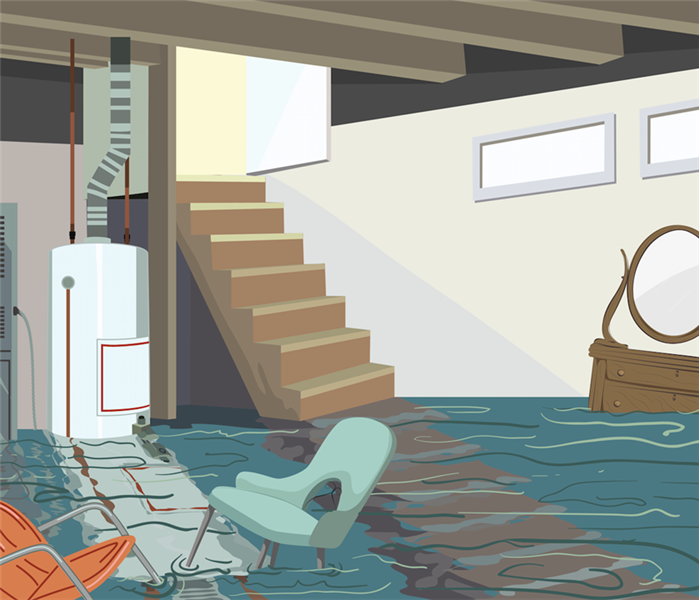 Regardless what type of water has caused damaged to your home, contacting team SERVPRO is the best options. Call us immediately after damage.

One of the most severe types of water damage in a home includes sewage. It smells awful, is dangerous for people or pets to touch or breathe, and anything that absorbs it requires disposal as a class-three biohazard. Most importantly, the longer it stays in the house, the more potential damage that happens.

The pungent, distinctive odor was the first sign of water damage to a Chicago Heights homeowner, a sewage leak under the floor in the kitchen. The first call was to SERVPRO for cleanup, and the second was to a plumber to repair the leaking pipe.

The techs used their moisture detection equipment to scope the kitchen and determine the scale of the water loss. They found the subfloor showed excessive moisture under the bamboo floorboards. They used centrifugal pumps to extract as much embedded moisture as possible and deployed an air scrubber to capture airborne microbes present in the sewage. Fortunately, the baseboards and other structural elements were unaffected by the water.

During water removal and cleaning of water containing sewage, the technicians wear personal protective gear, including respirators. The techs put up plastic barriers over the doorways and vents to halt any cross-contamination from occurring.

Before the reinstallation of the bamboo flooring could happen, SERVPRO techs needed to ensure the loss area verified as dry. They used a combination of air movers and drying mats to force air into the subfloor and cause any remaining embedded moisture to rise to the surface. This ensures thorough dryness. Afterward, they wiped down all the surfaces with their exclusive antimicrobial cleaning agents.

While water loss tends to have a musty odor, sewage has an unmistakable smell that requires a multilayered approach to eradicate completely. Along with deodorizing cleaning agents, SERVPRO techs have access to advanced technology such as hydroxyl generators that safely neutralize airborne odor-causing molecules.

SERVPRO of Chicago Heights / Crete / Beecher at (708) 672-0077 cleans up and restores homes with water damage to their preloss condition, "Like it never even happened."